Born in 1984, Zevi G. is a prolific and steadfast artist who uses his studio to bring unanticipated creations to life. In a world where love, unity and kindness have become a scarce commodity Zevi is determined to make a change using his art and many compelling characters to spread a powerful message. 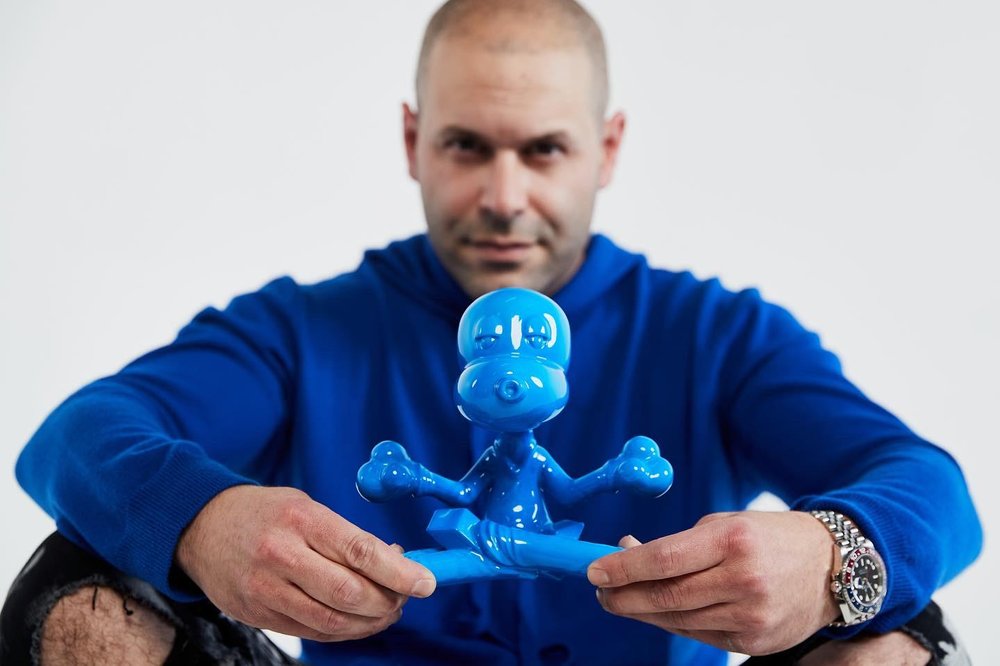 The artist was never intimidated by his underprivileged and very orthodox upbringing, on the contrary, that became the very essence of his strength and will, to turn his life around and reach others with positive and relevant messages.

Each figure comes with its own personality and features different traits such as the angel with its thin legs and wings, or the soldier with its buff chest. The childlike characters with eyes full of wonder appear as part of a world full of references and emotional memories from the artist’s 456 Land, bringing its message in a non-political vibe, a whisper, as opposed to a shout, but powerful, nonetheless.

Zevi’s work can be found in many private collections, especially those of celebrities that recognize and relate to creative talent. One of Zevi’s bestsellers has been Mr. Moneybags, saddled with two big bags of money, it brings a dialogue about helping each other and the positive things we can do with financial resources.

Zevi’s work has been shown in galleries from coast to coast, in NYC, San Francisco and Miami as well as New Jersey.

One of his most remarkable moments to date was unveiled at Art Basel Week, when fairs were brimming with people holding red roses, an inference to the act of kindness brought by the artist’s installation featuring the “Gesture”, a 6ft. bronze sculpture surrounded by a wall made of 4,560 fresh red roses encouraging people to take their time to be kind and extend nice gestures towards fellow human beings such as writing postcards that were later mailed worldwide, and distributing flowers to visitors.